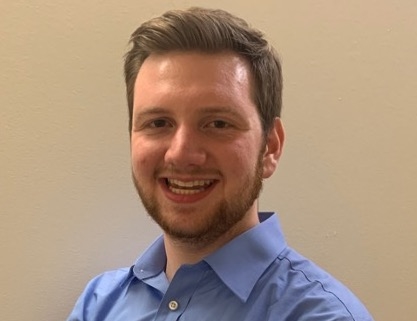 Spencer is a student at Brandeis University, where he is studying Politics and Health: Science, Society & Policy.

Most Americans are all too familiar with our country’s gun violence epidemic. In a typical year, around 40,000 Americans are killed by a firearm, including deaths from homicides, suicides, and accidents. Gun related fatalities in other high-income countries pale in comparison to those of the U.S. Based on 2010 data from the Organization for Economic Co-operation and Development (OECD), Americans were over 10 times more likely to be killed by a gun than people in Australia, a country that once dealt with a similar gun violence problem. This crisis comes in the form of street crime, domestic violence, accidents involving children, and the mass shootings that seem to occur on a multi weekly basis.

Of particular concern has been the rise in gun violence during the COVID-19 pandemic. Last year, 2020, saw a 10 percent increase in gun deaths over the previous year, fueled primarily by a 25 percent rise in homicides and accidental gun deaths. Experts say the recent spike is due to the economic and social stresses of the pandemic, and the numbers are showing no signs of abating as we open back up post-COVID.

What can we do to address this terrible situation? Sadly, the typical debate pits stricter gun control measures against Second Amendment absolutists who believe any gun reform measure to be a threat to their freedom. But those absolutists have outsized power. According to a recent poll, approximately 2 in 3 Americans support stricter gun control measures, with certain policies like enhanced background checks gaining even higher support. Yet attention to the spike in gun violence perversely spikes sales of firearms.

For many years, thoughtful experts have argued that America’s gun violence problem must be viewed as a public health crisis. That approach allows researchers and policymakers to tackle the problem from multiple angles, like understanding why people commit violence, creating safer environments, and implementing common-sense gun violence prevention measures.

The first step to a public health effort should be far-ranging research on gun violence so we can have the proper knowledge to inform policy solutions. Unfortunately, until very recently the federal government was barred from researching gun violence. The Dickey Amendment has been attached to federal spending bills since 1996 and had banned the Centers for Disease Control and Prevention (CDC) from researching gun violence. For the first time, in 2018, the Dickey Amendment was reinterpreted, allowing research to be conducted as long as it does not specifically advocate for gun control policies. After this reinterpretation, Congress proceeded to provide $25 million in funding for gun violence research.

Unfortunately, this funding is a pittance compared with the scope of the crisis. For reference, the National Institutes of Health (NIH) provided $170 million in funding for back pain research in 2019. To meet the scale of the gun violence epidemic, we must dramatically increase funding for research so we can properly direct resources to fight the problem.

A public health approach to the gun violence epidemic—if done well—could be as successful as the campaigns to reduce smoking and automobile accidents. To combat cigarette smoking, we engaged in a multi-pronged strategy involving tobacco taxes, age restrictions, public awareness campaigns, and bans on smoking in many public spaces. These measures have resulted in the adult smoking rate to fall by nearly 70 percent since the 1960’s. Similarly, to deal with vehicular accidents and deaths, we instituted new safety measures in cars and on roads, improved licensing restrictions, enacted tough DUI laws, and better traffic enforcement. As a result of these solutions, deaths from car crashes have fallen dramatically over the last few decades.

Similarly, strategies to combat gun violence can include better mental health services, doctors consulting their patients on gun safety, better firearm safety training, or improved designs of guns that reduce the risk of accidents. It may also involve creating a safer society overall, where lower poverty rates and better economic prospects will naturally lead to less violence. Of course, better gun control policies are needed, but we should think of them as one important part of a larger public health strategy for fighting the gun violence epidemic.

Firearm deaths have shown no signs of letting up—in fact they are exploding. Gun violence has reached horrific levels in the U.S. and tragically destroys many lives. By recognizing this epidemic as a public health crisis, we can address the issue from many different societal perspectives. We need gun control, but we also need stronger mental healthcare, community interventions, poverty reduction, even safer firearms. Any successful public health effort must embrace an all-of-the-above approach. America’s campaigns against cigarettes and automobile deaths should serve as examples to lead our struggle against gun violence. By finally investing in robust research and multiple solutions for gun violence, we can start to eliminate the scourge of gun violence in our society.