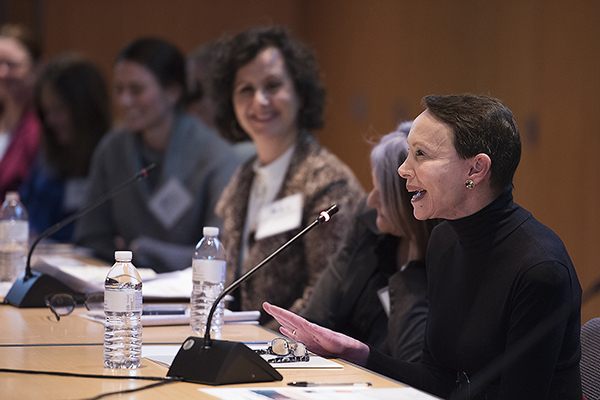 On December 6, NCL hosted the Fifth Annual Winter Membership Meeting of its Health Advisory Council. In light of the growing opioid epidemic, NCL devoted this meeting to exploring innovative and progressive physician prescribing practices and safe opioid disposal. The meeting featured a presentation by Rachel Uzlik CPHQ, Vice President of Clinical Services at Twin Cities Orthopedics (TCO). The presentation highlighted the significance of patient and provider communication regarding expectations of pain levels post-op, risks of opioid usage, and alternatives forms of pain management.

Uzlik shared data demonstrating TCO’s multi-year efforts in reducing opioid reliance by revising their orthopedic practice’s opioid prescription guidelines. She shared that there was initial reluctance by the physicians in the practice who feared reducing opioid prescriptions might negatively impact patient satisfaction. But through careful consumer education and tracking of pain, their study showed that patient satisfaction did not change despite significantly fewer opioids being prescribed.

Click here for a summary of the Rachel Uzlik’s remarks.

NCL, in partnership with Consumer Federation of America and the Community Anti-Drug Coalition of America (CADCA), launched Consumers for Safe CBD on November 19, 2019. The campaign educates consumers about the potential dangers of unregulated CBD products on the consumer marketplace and urges FDA to act to better regulated CBD, including setting safe use level.

A new website at www.4safeCBD.org was launched with extensive consumer information. As part of the launch, NCL released a new national survey of voters, that showed 83 percent supported FDA regulation of CBD products. The launch was well-received by the media. Sally gave over 20 television interviews and Patricia conducted 8 radio interviews across the country. The announcement of the coalition also appeared in print and social media. Sally presented the survey findings at a Congressional Briefing on CBD on December 6, 2019, and at a CBD Summit on January 15. 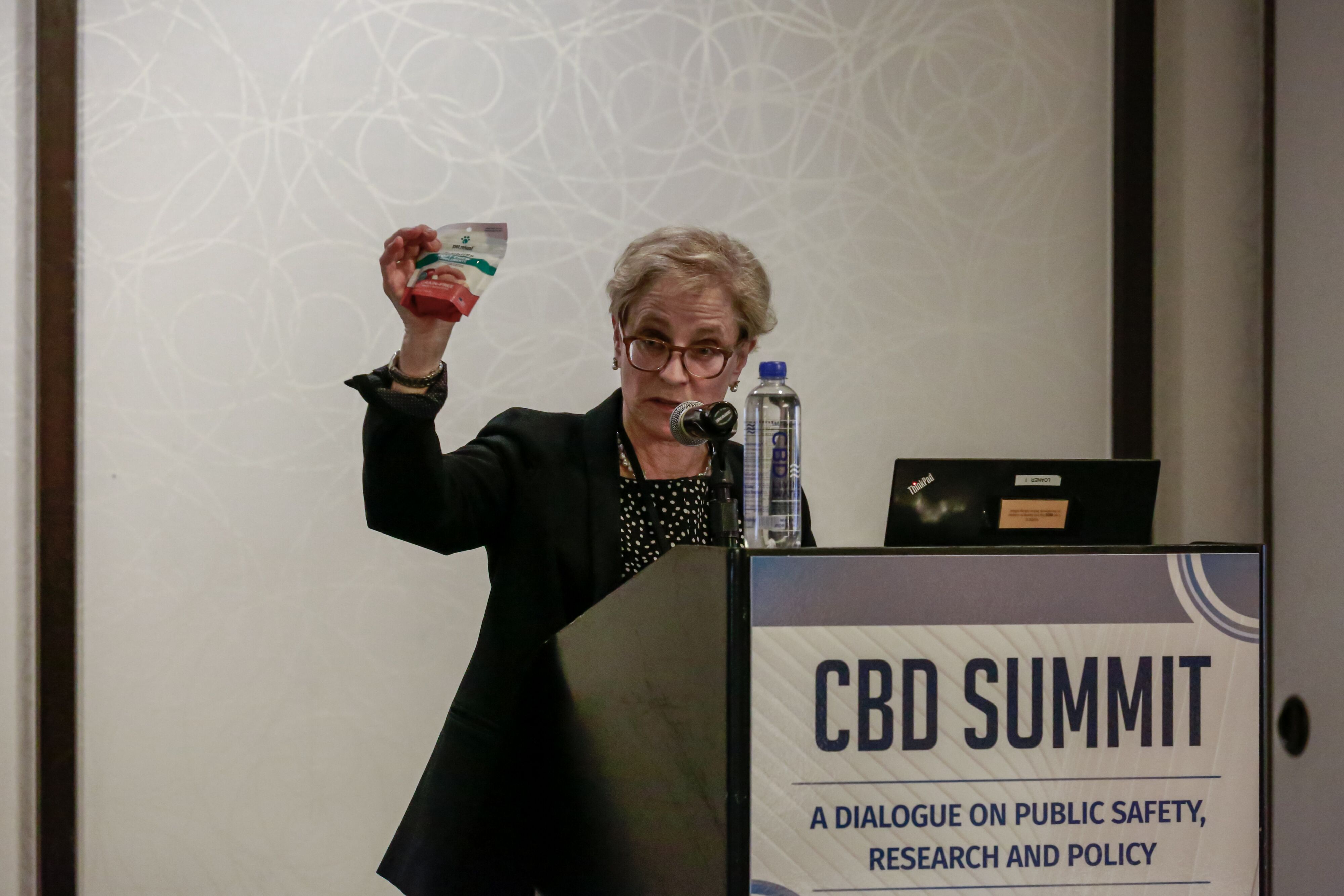 NCL’s Sally Greenberg (pictured at right) participated in a panel discussion moderated by Aimed Alliance’s Stacey Worthy on “Reflections from Consumers, Patients and Healthcare Providers,” and shared important data on the many risks related to CBD products and the need for FDA action to protect consumers. What ultimately sets this issue apart from many other debates—and makes it frightening—is not the lack of public education on CBD, but rather a lack of accurate public education. Many consumers claim to “know” that CBD has a positive effect on serious medical issues, and incorrectly assume that what’s available at their local supermarket or CVS is safe for consumption. This is particularly startling given that, according to one speaker, some recent tests of CBD products uncovered higher levels of lead than found in residents’ homes in Flint, Michigan. Keynote speaker, Congressman Andy Harris (R-MD), partly in jest, described the current situation as a “delay of game.” Marketing is moving ahead, research is not, and FDA has yet to define the rules.

On January 20, NCL launched the 2020 Script Your Future Medication Adherence Team Challenge. The Team Challenge in an interprofessional public health competition that convenes students of pharmacy and other schools of health professions to raise awareness about poor medication adherence.

Student health professionals from 34 schools across 16 states will compete until March 20 to conduct outreach in their communities to address nonadherence as a critical public health issue. NCL has restructured the Team Challenge’s award structure to incentivize the use of personal technology to encourage medication adherence, via a new Technology Innovation Focused Award. And Teams are also being asked to include Vaccine education in their outreach efforts (read more below).

Since the Challenge began in 2011, more than 18,800 future health care professionals have directly counseled nearly 78,000 patients and reached more than 26 million consumers about the importance of medication adherence. Stay tuned to learn of the 2020 Team Challenge winners this May. 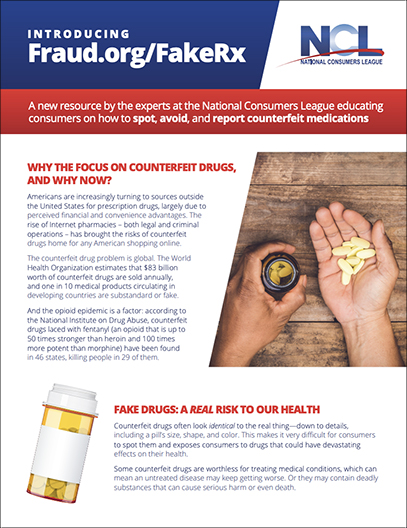 On December 5, NCL launched FakeRX, building on NCL’s successful Fraud.org website. This new online action center serves as an ongoing resource to help consumers avoid fraudulent online pharmacies and give them tools to report any suspicious medications to authorities. Please contact Nissa Shaffi at nissas@nclnet.org for information about how your organization can help spread the word about this resource-rich platform to educate consumers on making smart decisions. This project was made possible by our generous funders (Allergan, Eli Lilly, Gilead, Pfizer, PhRMA, and Celgene) and content was developed in close collaboration with FDA MedWatch.

NCL continues to promote the importance of vaccines to protect consumers’ health. For the Script Your Future Medication Adherence Team Challenge, NCL is encouraging teams to include messaging regarding vaccine adherence, including vaccines across the lifespan and completion of series, throughout their community outreach. NCL has consulted with officials from CDC’s National Center for Immunization and Respiratory Disease division to curate messaging for student health professionals to use in communicating with the general public.

In November 2019, NCL participated in a tweetstorm with the Adult Vaccine Action Coalition (AVAC), encouraging the public to get their flu vaccine during the holiday season. The tweetstorm contained resources, as well as emphasized the negative impact that the flu can have on families and the general public.

NCL continues to advocate for Congressional legislation that will offer consumer protection from surprise bills – those charges billed to a consumer when the insured individual inadvertently receives care from an out-of-network provider. In collaboration with other consumer organizations through the No Surprises: People Against Unfair Medical Bills coalition, NCL has been keeping up the pressure on Congress to pass this important bill this year.

In October, NCL participated in two health care leadership roundtables in response to the Trump Administration’s executive order to increase price transparency. Patricia Kelmar, NCL’s Director of Health Policy, presented at both the Healthcare Leadership Council and the United Healthcare Executive Roundtable, and continues to work with HLC to represent consumer priorities in price transparency.

Patricia attended the meeting of the Air Ambulance and Patient Billing Advisory Committee (AAPB Advisory Committee) on January 15 and 16. This 13-member committee is tasked with making recommendations “to improve the disclosure of charges and fees for air medical services, better inform consumers of insurance options for such services, and protect consumers from balance billing.” In preparation for the committee meeting, Patricia has met with Altarum, American Heart Association, Families USA, AHIP, CEPR (Center for Economic Policy Research) and the National Association of Insurance Commissioners as well as representatives of the for-profit air ambulance industry to discuss consumer priorities. 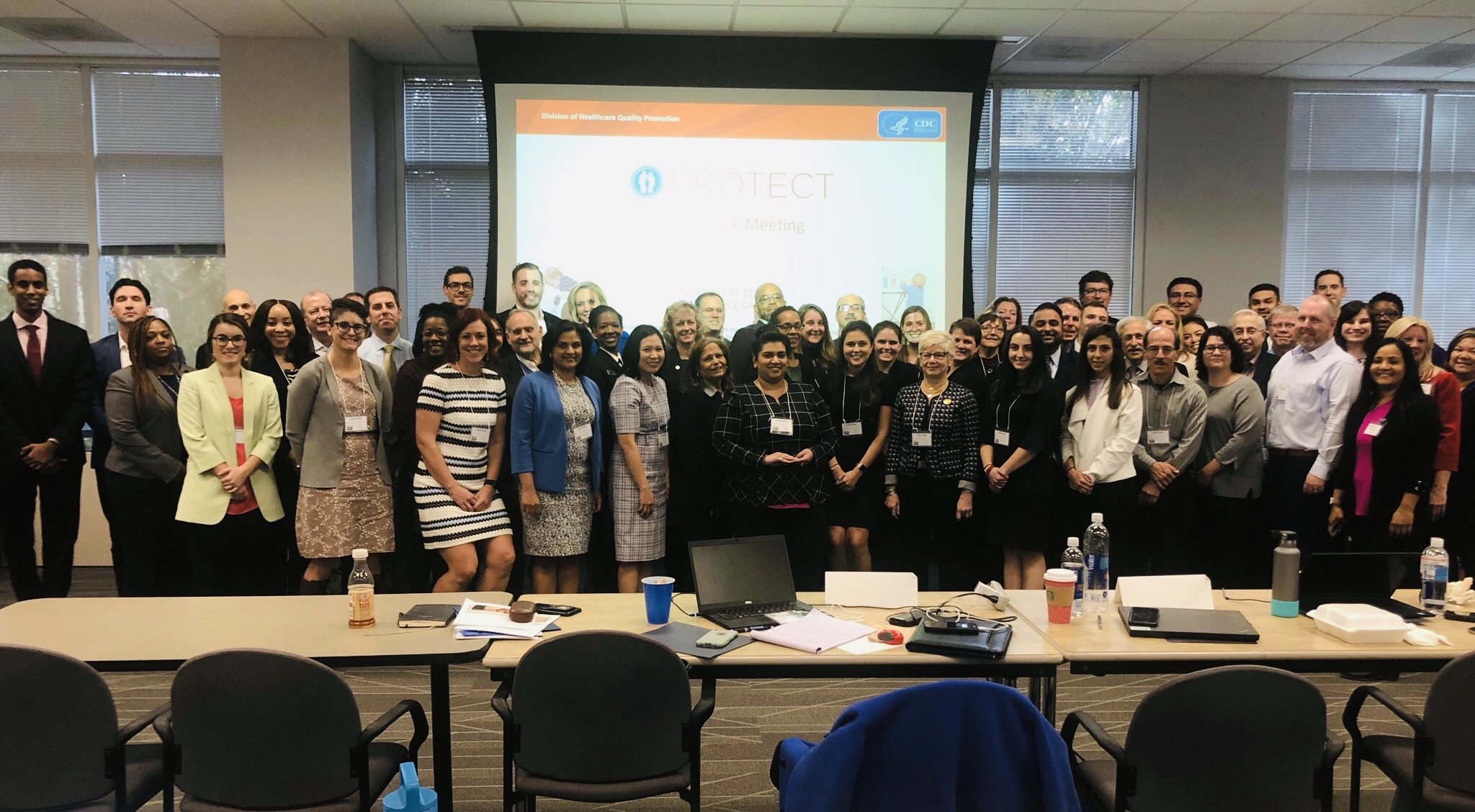 In November, NCL participated in the 12th annual CDC Prevention of Overdoses and Treatment Errors in Children (PROTECT) Taskforce meeting in Atlanta (photo at right). NCL represented the consumer voice in the diverse stakeholder meeting of researchers, pharmaceutical manufacturers, and patient and provider groups. Meeting attendees discussed innovations in child-resistant packaging for OTC medications, as well as action items for pediatric medication safety.