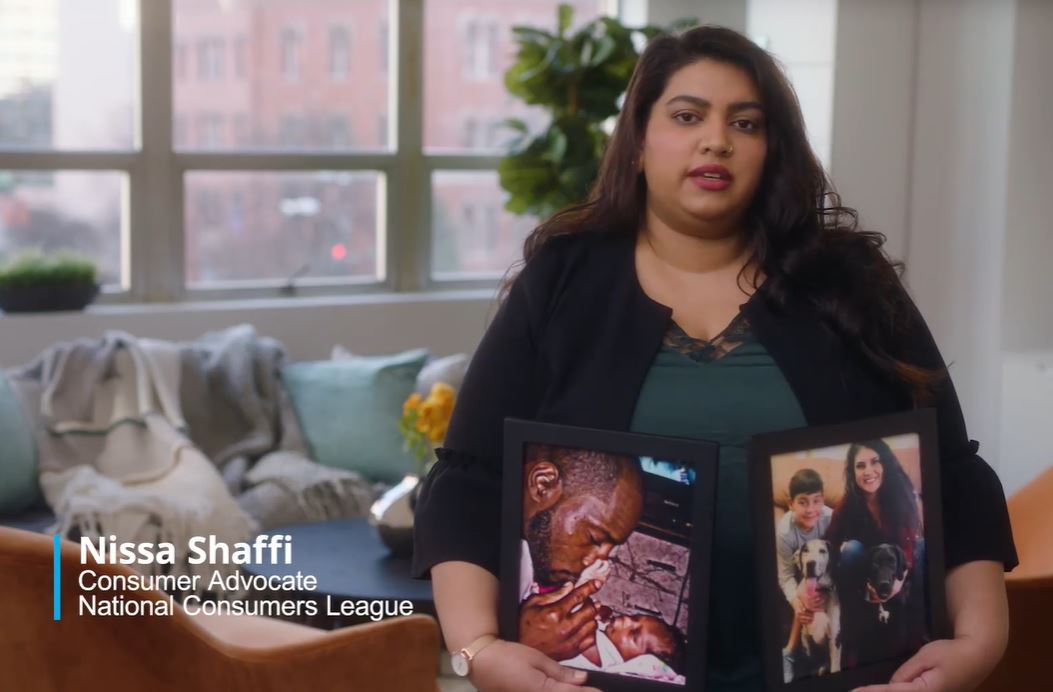 In February, NCL met with Representative Kim Schrier’s (D-WA) office to express our support of her leadership behind the VACCINES Act of 2019. During the meeting, NCL expressed its steadfast commitment and advocacy towards vaccine development, access, and confidence.

In June, NCL submitted comments to the Centers for Disease Control and Prevention’s Advisory Committee on Immunizations Practices (ACIP) on the importance of enhanced vaccine confidence infrastructure to help assuage the effects of the pandemic.

Through the generous contribution of our partner Pfizer, NCL received airtime for a 30-second Public Service Announcement (PSA) promoting NCL’s counterfeit drugs consumer action site, FakeRx. NCL’s Associate Director of Health Policy, Nissa Shaffi, participated in the PSA where she warned consumers of the dangers of taking counterfeit or illicit medication and directed them to resources in FakeRx. The PSA aired during the daytime talk show, The Real, on April 16, 2020.

In March, NCL’s Executive Director, Sally Greenberg, participated in a series of media interviews to warn consumers about misleading therapeutic claims made by CBD manufacturers about their products—especially important considering the current pandemic, as retailers will exploit panicked consumers trying to find treatments for COVID-19. The interviews reached nearly 1,500 radio outlets with a combined audience of nearly 1.9 million. An example of such coverage can be found here, along with a Public Service Announcement recorded by NCL.

In June, NCL released a white paper that explores the great lengths that some unscrupulous CBD manufacturers are taking to sell unregulated, untested products in the marketplace at the risk of public health. This includes trying to legitimize medical claims by leveraging the reputation of academic medical centers—despite the lack of evidence to support those claims.

In April, NCL joined the American Clinical Laboratories Association (ACLA) for a stakeholder briefing that called on Congress and the Administration to enhance infrastructure for testing capacity. Additionally, NCL also released a statement calling for massive viral and antibody testing for COVID-19.

In May, NCL hosted a Facebook Live interview with Dr. Lisa Larkin, CEO of Ms. Medicine. Dr. Larkin addressed consumer concerns regarding the access continuum of care and preventive services during the pandemic.

In May, NCL lent our support for the provisions proposed in the HEROES Act that call for subsidizing the COBRA program that would provide significant relief to millions of Americans impacted by COVID-19-related downfalls.

In May, NCL released a statement calling on HHS to reconsider the reversal of its original protections against copay accumulator programs. NCL has since released a series of boosted social media posts, calling on insurance companies, policymakers, and health plans to say no to accumulator adjustment programs and to protect consumers from unnecessary out-of-pocket costs for their prescription medications.

In June, NCL participated in a panel hosted by Eli Lilly, on the patient experience in navigating the pandemic. Sally Greenberg, NCL’s Executive Director, spoke to consumer issues related to COVID-19, such as testing, health coverage, and COVID-related fraud. Sally was joined by Dr. Michelle McMurry-Heath and Marc Morial, CEOs of BIO and The National Urban League – respectively.

In June, NCL and its partners announced the winners of the ninth annual Script Your Future Medication Adherence Team Challenge, a competition designed to engage health profession students and faculty across the nation by encouraging teams to develop creative initiatives to raise public awareness about the importance of medication adherence.

Each year, top-performing teams are honored with a National Award for overall outstanding team achievement, or a Focused Award, which recognizes outstanding team achievement in the specific areas of health disparity/under-represented community outreach, media/communications outreach, or creative interprofessional team event. This year, we introduced a new focused award category, with the inclusion of a Technology Innovation Focused Award – a category that evaluates creative outreach with a focus on technology-based interventions.

Since the Challenge began in 2011, more than 18,800 future health care professionals have directly counseled nearly 78,000 patients and reached more than 26 million consumers about the importance of medication adherence. 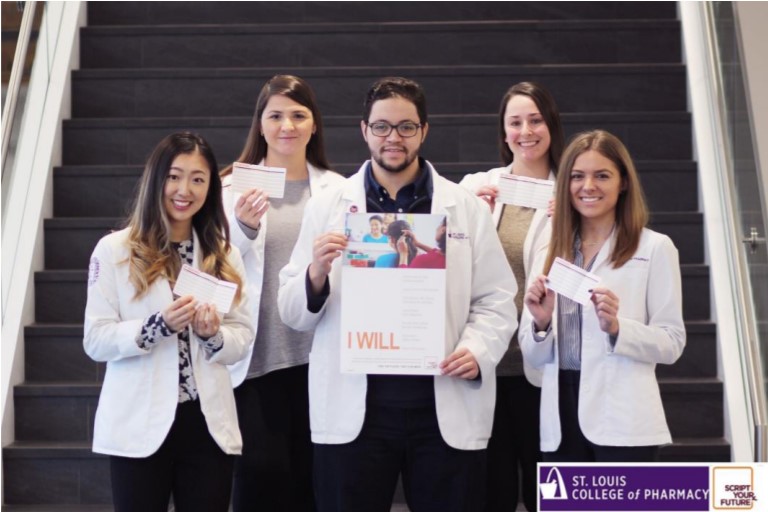