After dozens of outbreaks of foodborne illness over the past four years, Chipotle gave lip service about reforms in their work practices, but the fast-casual restaurant has continued to engage in management practices that lead to abuses of workers that may create food safety risks for consumers. This was the message of a report jointly released by NCL and SEIU 32BJ in February, “The Unsavory Side of ‘Food with Integrity.’”

“The findings of this report call into question the effectiveness of measures that Chipotle put in place to solve their food safety crises of a few years ago,” said Sally Greenberg, NCL executive director. “If Chipotle executive management and the Food Safety Advisory Council are responsible for making sure that this program is implemented effectively to keep the public safe, they have been asleep at the wheel.”

Employees interviewed for the study reported extreme management pressure that led to:
workers being pressured to work while sick; undercooked chicken being served to customers by under-trained grill cooks; and workers being unable to take breaks to wash their hands for hours on end.

In April, NCL welcomed the news that the Department of Justice had imposed on the company the largest criminal fine ever for a food safety case but said the company needs to take additional action and reforms to address the core issues that are driving worker abuses and violations of food safety protocols.

As the COVID-19 pandemic has sickened many people across the United States, essential workers like those at Chipotle and other chains have risked their health and their lives to provide food to their communities. These workers say that long-standing issues at Chipotle are putting them at risk.

“I am glad that the Justice Department has held Chipotle accountable for their actions that have put people at risk,” said Luis Torres, a worker at a Chipotle store in Manhattan. “But even as recent as the beginning of March we had to walk off the job together to fight back against managers pressuring crewmembers to work sick while the Coronavirus crisis was escalating. We’re pressured to make the food faster and aren’t always allowed to take the proper safety precautions. We are speaking out because we just want to stay safe and keep our customers safe.”

The government’s announcement resonates with the report’s findings, including managers pressuring workers to work sick and violations of food safety protocol and Chipotle’s own policies. For example, many workers reported manager pressure not to wash their hands during rush periods so as not to slow the line.

The report also called attention to the ineffective food safety audits, which now must be improved per the deferred prosecution agreement. The food safety audits and Chipotle’s paid sick day policy were part of a set of reforms put in place in 2016 to win back the trust of Chipotle customers following earlier illness outbreaks at Chipotle but according to workers, audits only happen quarterly, meaning that once a store is audited, the manager knows they won’t get audited again until the next quarter.

“We applaud the work of US Attorney’s Office for working with the FDA and for holding Chipotle accountable with a substantial fine,” said Greenberg. “This should be a wake-up call for Chipotle. For years, its management incentive practices have put profits first, endangering the safety and health of customers and workers repeatedly. Now more than ever when food safety is so critical, Chipotle needs a massive overhaul of its management and business practices to put consumer and worker safety first.”

It’s time for U.S. tobacco companies to protect all child tobacco workers
Farmworkers and COVID: ‘A ticking time bomb’
The impact of COVID-19 on child labor 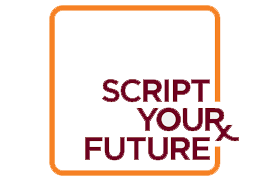 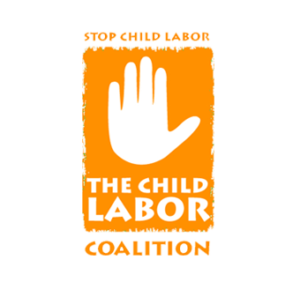