During this Covid pandemic, Americans have been incredibly patient and observant of guidelines for social distancing and staying home. But it can’t last forever. Where the heck is the universal testing for Covid-19? We’ve been talking about it for more than two months and yet you can’t get access to Covid-19 testing unless you’re showing symptoms of the virus. If, as experts believe, 25-50 percent of us might be carrying the virus without symptoms, what does that say?

It says we could be spreading the virus without knowing it! And yet we can’t get tested? We need greater accessibility to testing to know where we stand. If everyone could be tested each day to know if we do or don’t have the disease, or be tested for antibodies to Covid-19 to learn that we can fight the disease, we’d be better equipped to know what we’re dealing with and make smart decisions. Such universal testing can get the country back to work, especially at a time when the economy is in even worst shape since the Great Depression with the retail, restaurant, airline, entertainment, film and hotel industries ground to a halt and millions of workers across the economy out of jobs.

And take note: this kind of testing is possible because testing does not need to require a site visit. A study funded by UnitedHealth Group shows people can self-administer a diagnostic test with a much smaller swab, a process that should save potentially thousands of clinicians from being exposed to the virus while at the same time making the testing simpler. The study, which used data from 500 OptumCare patients, comes amid a parade of diagnostic test approvals for Coronavirus following weeks of criticism of the Trump administration and federal agencies for the lack of testing.

On March 24, the “White House Coronavirus Task Force reported in a briefing that “self-swabbing” options were going to be available that week, so the study supports what the federal government is pursuing.” That’s almost a month ago – so where are they?

What’s worse is that the United States is considered well behind other countries when it comes to the availability of testing generally. Why can’t we figure out this solution?

NCL friend and brilliant inventor of the SawStop, a safe table saw, Steve Gass, came up with a novel approach to employ universal testing that would get most of us back to work. His proposal is below. I’ll end with it, because it says it all:

A cure for the coronavirus pandemic already exists. Contrary to our expectation that cures manifest exclusively as biological agents – medicine for the sick or vaccines for the healthy – the cure for this outbreak is technological. From the Oval Office to Kansas kitchens we’re already talking about it, even while failing to recognize its true potential. Those elusive Covid-19 tests, if utilized daily, by every American, have the power to save our lives and our economy within the month.

To date, the U.S. has only employed testing reactively — to diagnosis a disease after symptoms indicate probable infection — which wins us no real advantage when epidemiological evidence indicates up to 40 percent of transmissions occur covertly, days before symptoms appear, and CDC director Dr. Robert Redfield estimates that 25 percent of carriers (and spreaders) may never manifest symptoms at all. We can continue to hide out at home indefinitely, banking on a vaccine in 12-18 months, but public health expert Dr. David Katz calls that a recipe for “ineffectively fighting the contagion even as we are causing economic collapse.”

Instead, we must deploy tests offensively. They must become our mass-produced instruments of war.

Here’s the plan of attack: one month from today, each of us is tested daily for Covid-19, obtaining immediate results. If positive, you isolate at home and instantaneously eliminate the virus’s prime advantage: its ability to stealthily propagate from “people out there shedding the virus who don’t know that they’re infected,” according to infectious diseases expert Dr. Jeffery Shaman. Meanwhile, the healthy among us freely move back out into our communities, flashing our daily health certificates like boarding passes to gain admittance to workplaces, schools, and stores, certain we won’t harm or be harmed by the people with whom we interact. We’ll have immediately shifted, as economists Dr. Paul Romer and Dr. Alan M. Garber insist we must, to a “targeted approach that limits the spread of the virus but still lets most people go back to work.” The very first day we implement universal daily testing and selective isolation commerce resumes, the viral transmission rate plummets, and the virus exponentially decays. The crisis ends.

The challenge in this crisis of scarcity, when too few can access masks let alone diagnostic devices, is to build enough testing units, now, so that all 330 million Americans can be tested daily. This will require at least 1 million community-based machines adapted for parallel processing of multiple tests simultaneously. If we begin tomorrow and labor 24 hours per day it will take just under 12 days to produce and deploy a million machines at a production rate of one unit every second. That’s not just daunting. It’s mind-boggling.

But it’s not impossible.

In May of 1940 the Greatest Generation listened incredulously as President Roosevelt challenged them to “harness the efficient machinery of America’s manufacturers” to produce 50,000 combat aircraft in 12 months to confront the “approaching storm” of a global war – a goal exceeding the total of all planes built in the U.S. since the Wright brothers’ initial 1903 flight. No one believed an 18-ton plane with 450,000 parts and 360,000 rivets in 550 different sizes could be mass produced, let alone efficiently. But our repurposed auto factories did just that, with Ford Motor Co. churning out one bomber per hour at peak production to secure our safety and win the war.

Our nation still has the know-how, the manufacturing infrastructure, and the industrial resources to save ourselves again by building and deploying a million Covid-19 testing units by the end of the month if we make it our highest national priority starting today. We have men and women yearning to go back to work and we must employ them to optimize established supply chains, man assembly lines, and reinvigorate distribution channels. No single state’s factories can meet the one-unit-per-second output required, but pooled national resources can. The cost and effort will be substantial, certainly, but pale in comparison to the misery wreaked if we let a quarter million Americans die instead.

Make no mistake: World War III is upon us. We must once again wake the sleeping giant, mustering America’s industrial might to save ourselves and the whole world with us by rallying resources to test each of us, over and over again, as if our livelihoods and lives depend on it.

Stephen Gass, PhD, J.D., is a physicist, a patent attorney, and the retired President and founder of SawStop, LLC, the nation’s foremost supplier of premium table saws and the world leader in table saw safety. He is the principal inventor on over 100 patents covering electrical and mechanical innovations in power tools. 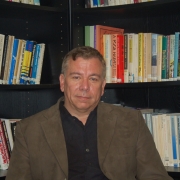 Alcohol consumption during COVID-19: What the consumer needs to know

Multi-agency initiative invites public and private partners to collaborate on...
Scroll to top