The Transatlantic Consumer Dialogue (TACD) conference is in full swing in Brussels today in a robust series of panel discussions about the compatibility of trade agreements and consumer protection. The TACD is made up of European and American consumer advocates and the group is laser-focused on the effort by the EU and the US governments to adopt Transatlantic Trade Investment Partnership (TTIP).So far, we have heard from European Union Trade Commissioner Cecelia Maelstrom who supports the trade agreement, US Federal Trade Commissioner Julie Brill, who takes no position but spoke about the FTC’s enforcement authority and the importance of preserving that authority, and Monique Goyens, head of BEUC, the European consumer organization, who noted that industry sees consumer protection regulations as hindering business.

Consumer groups in the US and Europe have opposed TTIP because consumer protection regulations writ large are subject to being deemed a barrier to trade and therefore subject to repeal or weakening. A recent example demonstrates how this process works. In 2013, the US adopted a rule requiring Country of Origin Labeling (COOL) on beef and pork products, something that 90 percent of American consumers say they want and helps guide them when making purchasing decisions.

The National Consumers League, Consumers Union, Consumer Federation of America, and the National Farmers Union all support COOL. Well, COOL labeling rules were repealed by Congress this past month because an international court deemed them to be a trade violation and the US was threatened with having to pay fines up to $3.6 billion.  Indeed, Rep. Rosa DeLauro (D-CT), an opponent of current trade agreements generally, said, “No trade agreement is going to force us to change our laws,” the bill to repeal COOL shows that “trade agreements have a direct effect on our sovereignty.”  Industry makes these claims too about our laws and protections not being under threat. They seem like empty promises since the evidence is pointing in the opposite direction.

On today’s panel in Brussels, Jean Halloran from Consumers Union and Mary Bottari from the Center for Media and Democracy used concrete examples to demonstrate the dumbing down of protections that approval of TTIP would invite. Peter Chase from the US Chamber of Commerce claims that labor and environmental protections would be increased but he offered no concrete examples of how that will work.

So what could help make TTIP acceptable to consumer groups? One suggestion is to take all consumer matters out of the trade agreement; others consumers say we should exclude an international WHO-style court that decides whether countries are in violation of this trade agreement. This debate shows the critical role consumer groups play in raising questions and challenging empty promises that fly in the face of evidence that consumer protections will be maintained in Europe and the US. 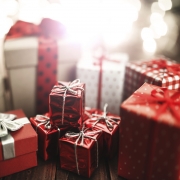 Ad-Blocking: Is it a dirty word or good security practice? – National Consumers League