There’s a thin line between hunger and disgust when deep-fried tarantulas and smoked barbeque crickets are on the menu. Many scientists argue that animal protein is not environmentally sustainable, so alternatives–like bugs–may be the answer to the perils of global warming. Recent research supports eating bugs as a way to maintain a protein-rich diet while benefiting the environment. 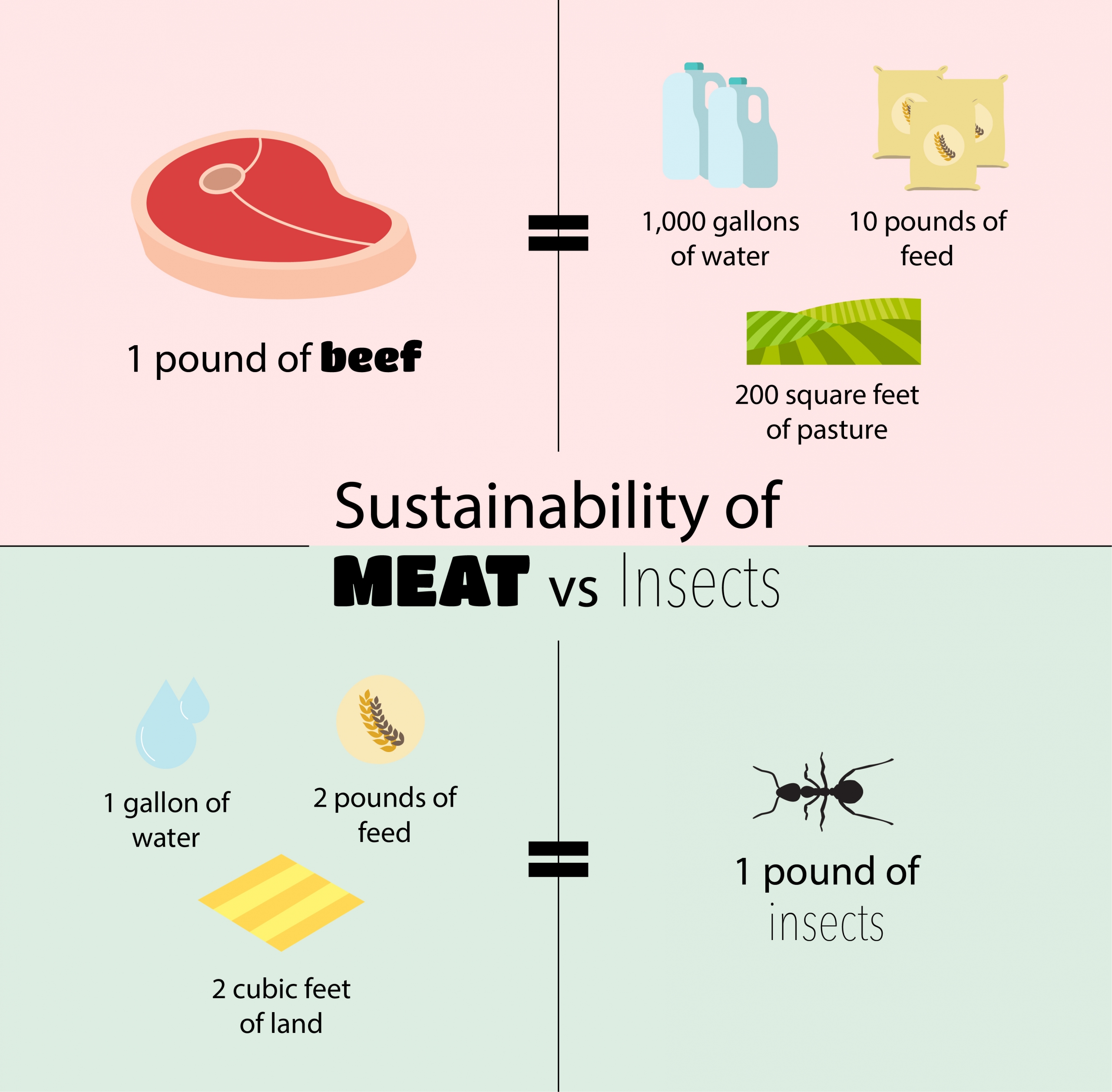 Why bugs are slowly crawling into our everyday diets

As the world population continues to grow, so will demand for animal protein. By 2050, we’ll be eating more than two-thirds the animal protein we do today, causing a strain to our planet’s resources. The surge in demand for animal protein has also contributed to an increase in greenhouse gases (carbon dioxide, methane and nitrous oxide). These gases lead to extreme weather conditions, ozone depletion, increased danger of wildland fires, loss of biodiversity, stresses to food-producing systems and the global spread of infectious diseases. Even today, climate changes are estimated to cause over 150,000 deaths annually.

Most westerners prefer beef over bugs

While many of us westerners may gag at the thought of maggots in our sausage, more than 2 billion people throughout the world have been eating bugs as a regular part of their diets for millennia. But historically, for westerners, livestock not only yields meat, but also milk and milk products, their hides or skins provide warmth, they are suitable for plough traction, and act as a means of transport. Because of the use of these animals, the benefits of eating insects in many societies has failed to gain much interest. Also, certain insects are transmitters of disease and are virtually a nuisance.

So, why should we eat bugs?

In 2013, a report by the Food and Agriculture Organization (FAO) of the United Nations, urged global citizens to eat more bugs for three reasons:

Recent advances in research and development show edible bugs to be a promising alternative to meat for both human consumption and as feedstock. But to make this a reality, regulatory frameworks for safety and nutrition will need to be developed and government, industry, and academia will need to work together.

In the meanwhile, knowing the benefits can help turn disgust to hunger when tarantulas or crickets appear on the menu… Something to think about!