March is both Caffeine Awareness Month and National Nutrition Month, an appropriate time to take an updated look at the world’s most consumed “pick-me-up.” Caffeine consumption is widespread in the United States, with 85 percent of the population drinking at least one caffeinated beverage per day. This year, for the first time in its 35-year history, the official U.S. Dietary Guidelines for Americans includes findings and recommendations on caffeine.Here are relevant facts that many Americans might not know about caffeine, including the latest recommendations from the 2015-2020 Dietary Guidelines for Americans.

We believe that all products containing caffeine should declare the amount of caffeine per serving–and per container–on the label. To be able to track caffeine intake, using the 400 mg/day moderate level of intake as a maximum for recommended intake, consumers need to know how much caffeine is in the foods and beverages they consume. But, that can be an issue, particularly for products like energy shots and the new wave of highly caffeinated cold brew coffee products.

FDA currently requires food labels to disclose added caffeine as an ingredient, but the label is not required to provide the amount of caffeine. Very few products voluntarily list the amount of caffeine they contain, although some companies, like Red Bull and Monster, and some soft drinks, provide this information voluntarily. Because caffeine is not a nutrient, it is not listed in the Nutrition Facts label. But, would it be so hard to provide caffeine content elsewhere on the information panel?

As in all things, a little common sense goes a long way and sensitivity levels can vary from person to person. We likely all know someone who can drink an espresso after dinner and still fall asleep, while other friends may not be able to drink a Diet Coke in the afternoon without it affecting their sleep quality. Let your individual sensitivity to caffeine be your guide. 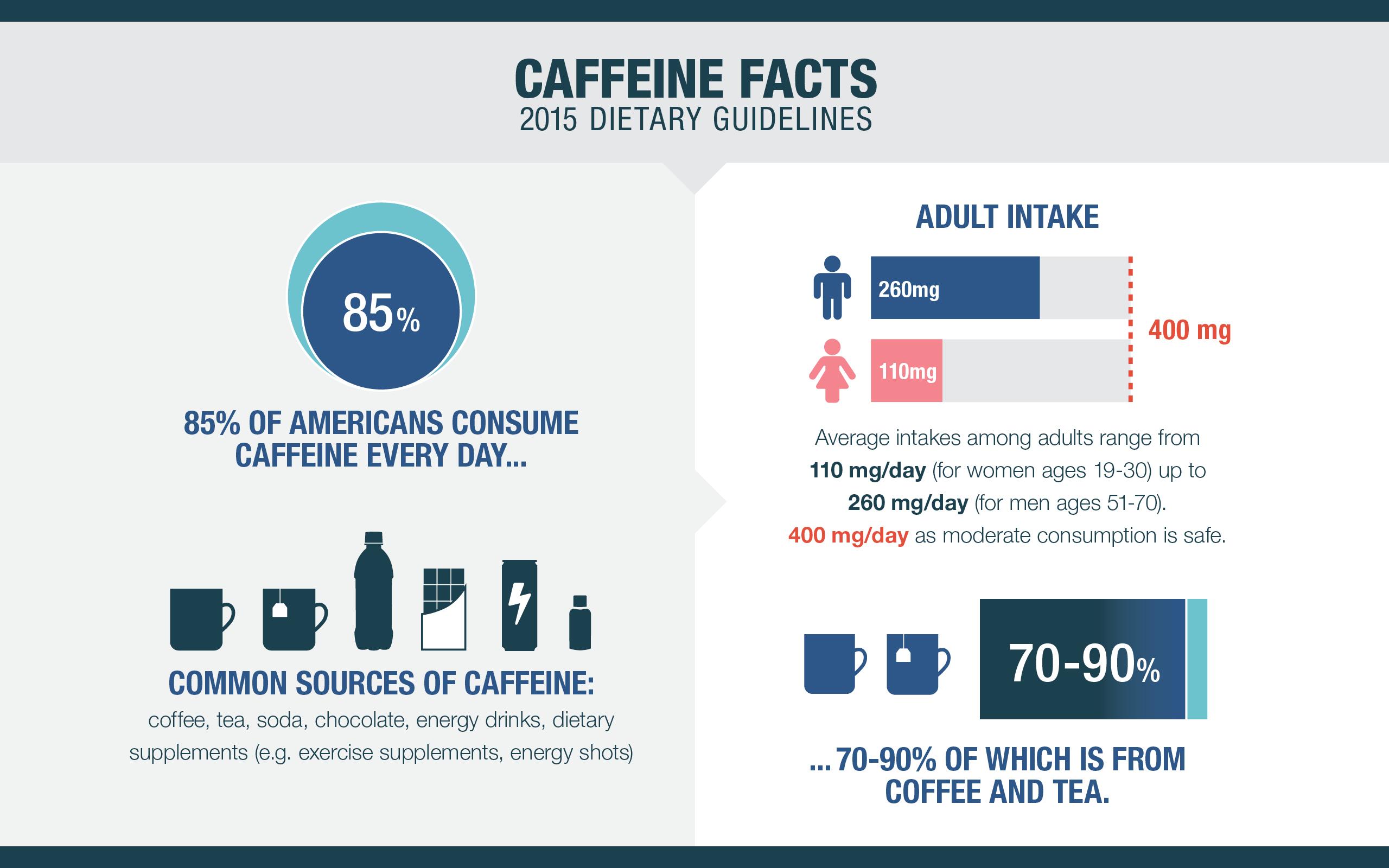 National Nutrition Month is an annual initiative led by the Academy of Nutrition and Dietetics.
DISCLOSURE: while researching facts for this blog, approximately 220 mg of caffeine (3 cappuccinos) was consumed.