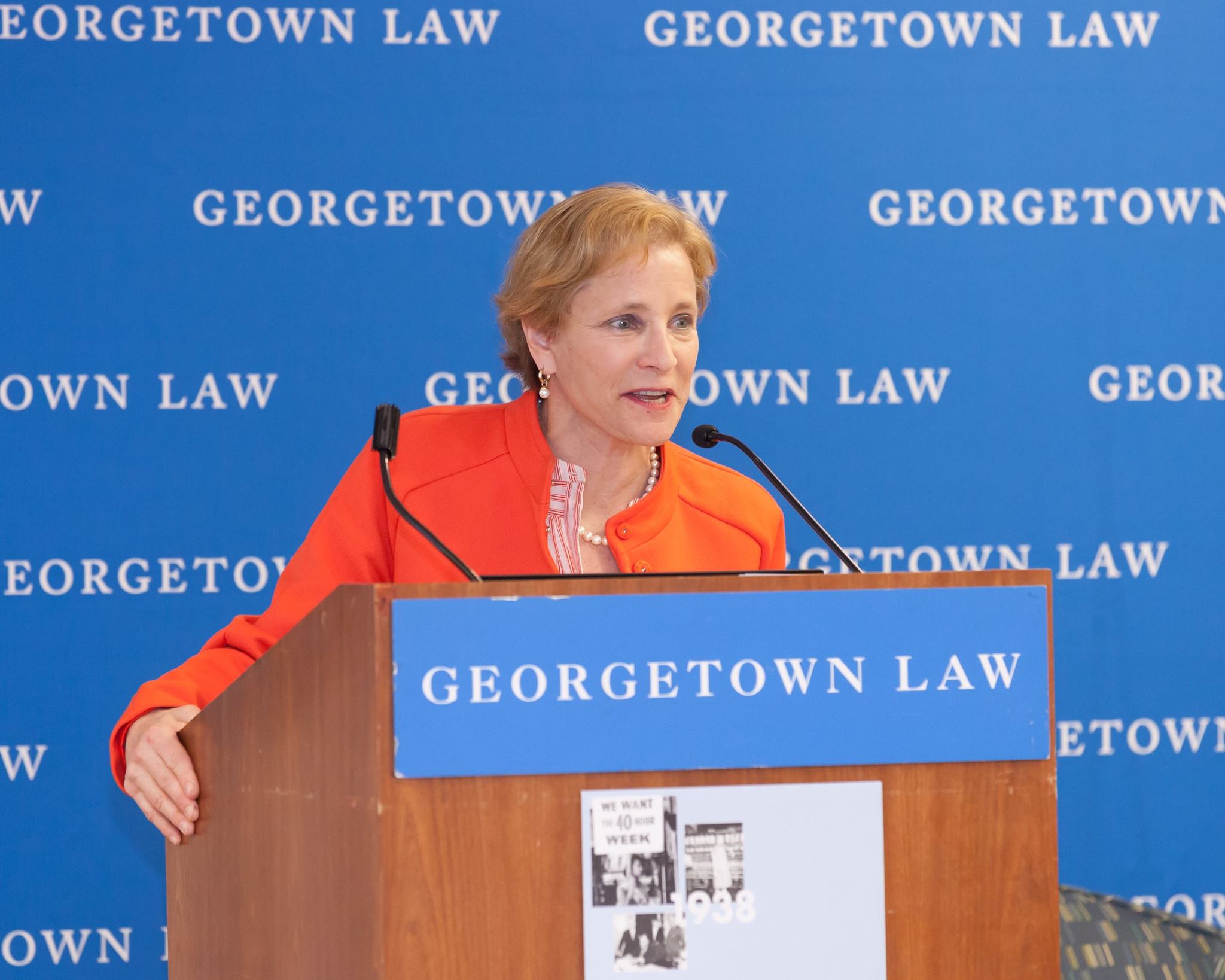 Washington—For 80 years, the nation’s basic minimum wage and overtime pay law, the Fair Labor Standards Act, has lifted wages and given most workers a guaranteed floor for earning a living. But the FLSA still has holes and needs some updating to include workers originally excluded because of race, panelists at a daylong seminar on the act said.

The session, sponsored by the pro-worker National Consumers League and the progressive lawyers group, the American Constitution Society, first focused on how FDR and his Labor Secretary, Frances Perkins, got the legislation through a balky Congress in 1938.

And they covered its subsequent expansions to various worker groups and how strong enforcement, especially in the early years, drew lines in the sand employers could not cross in the firms’ attempts to exploit workers. 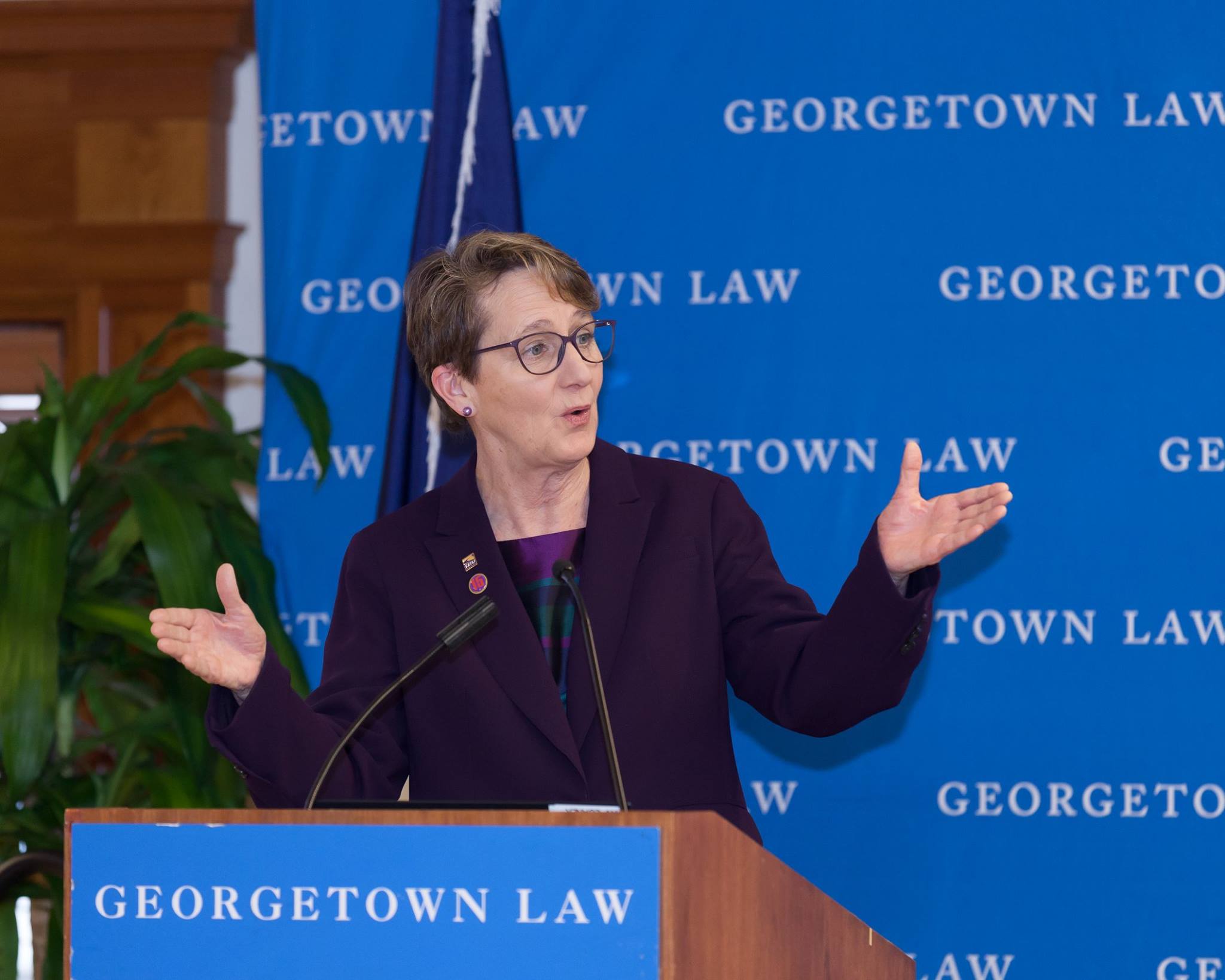 But “every single day FLSA rules and worker protections are being attacked,” Greenberg warned. Just the day before the March 28 meeting, “a law was being floated in the New Hampshire legislature to lower the age of young workers in dangerous occupations,” she noted. Curbs on child labor are part of the FLSA.

All this didn’t stop the panelists from offering ways to further improve the FLSA. They included:

“This was all very much about keeping the South in line” for the votes, said University of Nevada-Las Vegas law professor Ruben Garcia. When the law first passed, minus those two groups, the minimum wage provisions covered 11 million people, but 300,000 “were exempted,” added Kirstin Downey, Perkins’s biographer.

“Farm workers were added to the minimum wage in 1966, but excluded from overtime pay,” pointed out Bruce Goldstein, president of Farmworker Justice. “So at dairy farms, which produce year-round, workers labor 90 hours a week” with no overtime compensation. The California legislature “recently passed a law mandating a higher minimum wage and overtime pay for farmworkers,” he added. 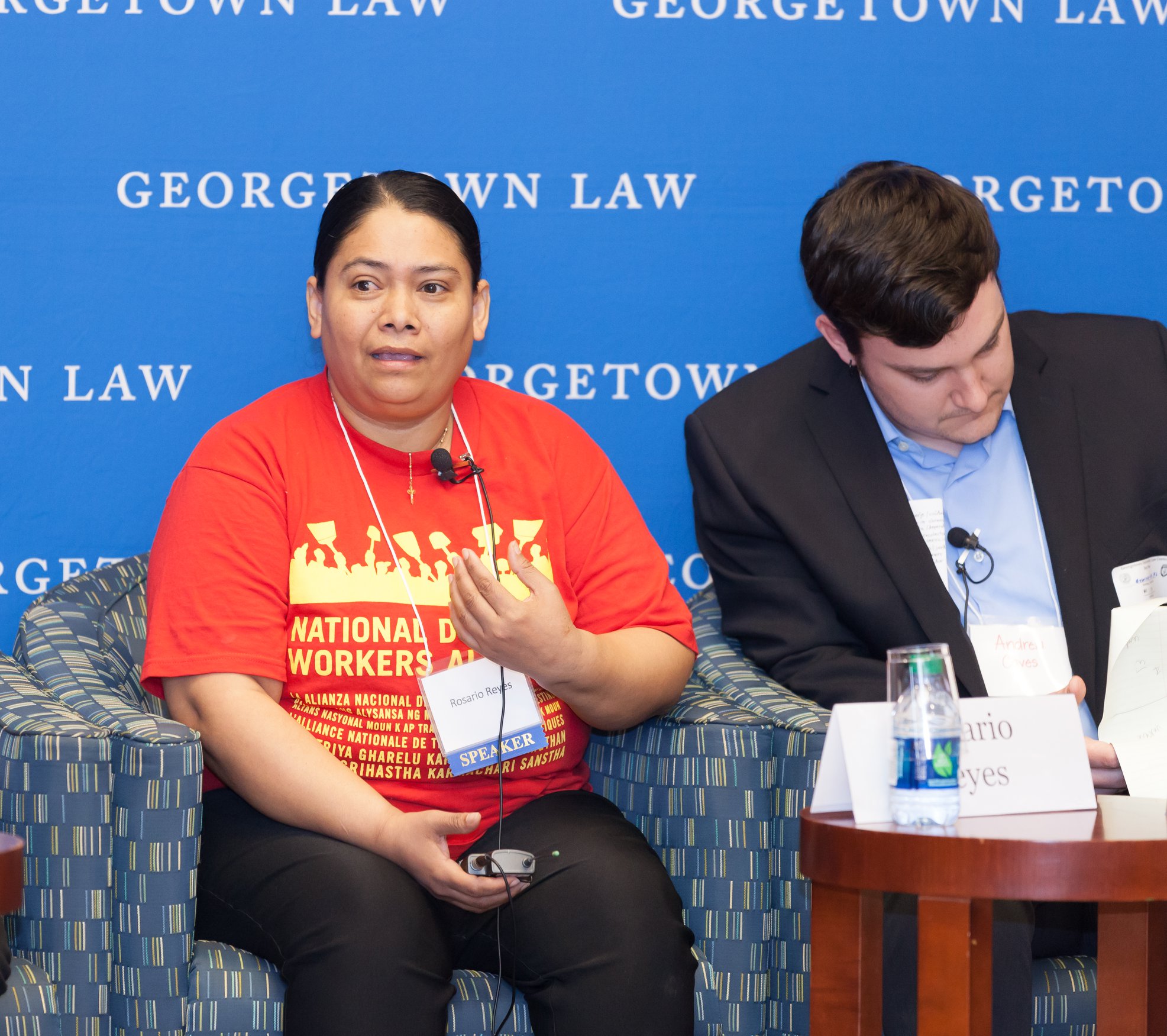 Federal data show an increasing share of the U.S. workforce are “independent contractors,” many of them deliberately misclassified by firms who can then get away with not paying overtime, the minimum wage or workers comp. They’re barred from organizing unions, too.

“We’re the fastest-growing large industry, with 12 million people, and the lowest-paid,” she said. Restaurants and other low-paying sectors are growing so quickly that “we’re getting very close to the time when one of two working Americans can’t afford to eat, let alone go out to a restaurant.” As for tipping, rich Americans imported the custom from 1800s Europe. Europe has since abandoned tipping.

Benika Moore, Labor Bureau Chief for New York State Attorney General Eric Schneiderman, says her office targets repeat violators or those with multiple violations – and then charges them under laws with higher fines and/or jail time. The trials and settlements return more money to the injured workers, she added. “We go after repeat wage fraud and other illegality and also use those laws to get around the ‘independent contractor’ problem,” Moore said. That applies to the “gig” firms, too, she noted.

Such “proactive enforcement” could help “change the culture” of corporations, Weil said. 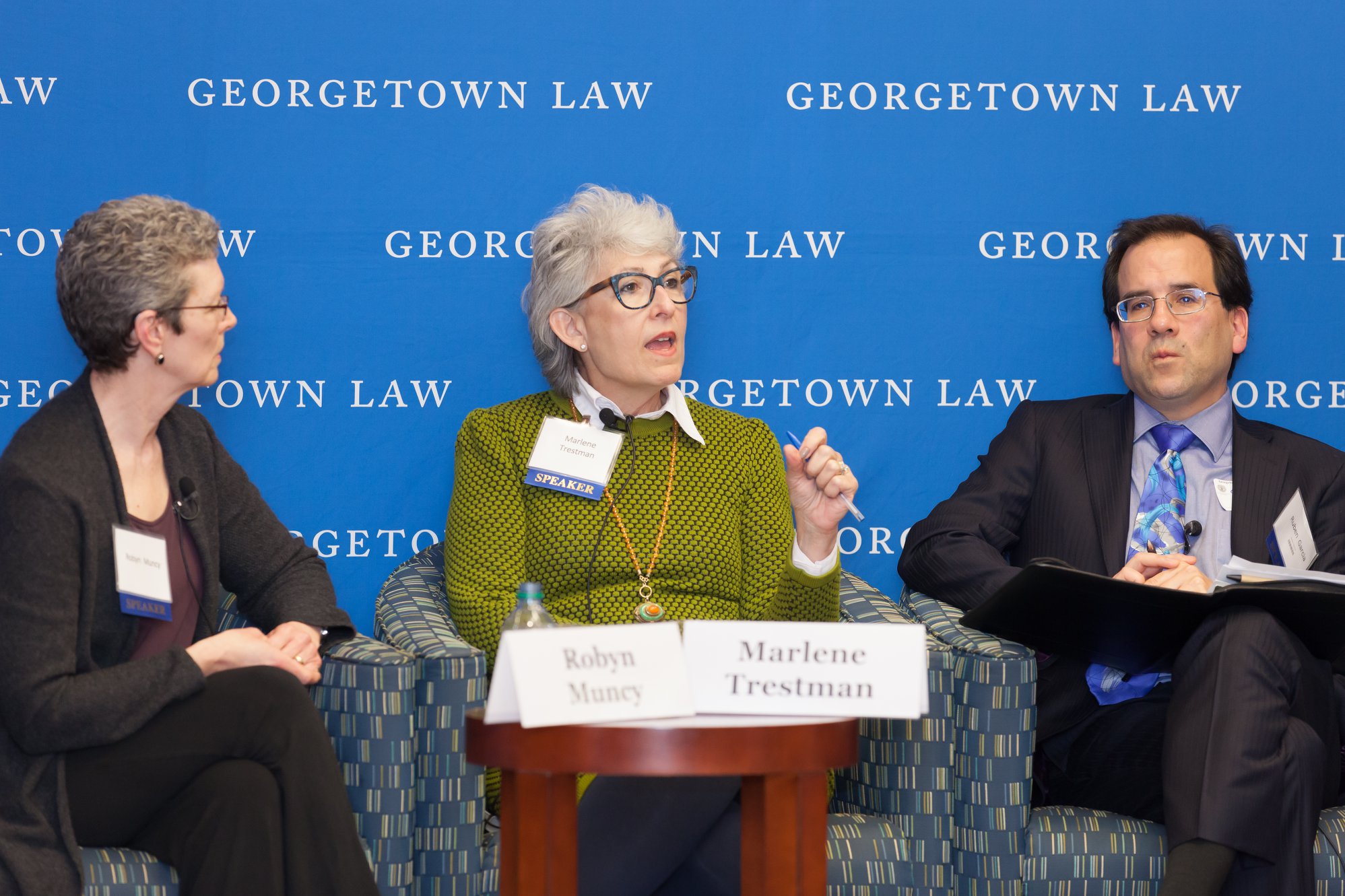 The Seattle area is already doing that, said David Rolf, president of Service Employees Local 775 in Washington State. “Politics is ultimately about who gets what. To get change you have to build power, which is what we did in Seattle-Tacoma,” he said.