A Look Back on 100+ Years of Advocacy

For more than 100 years, the National Consumers League has followed these founding principles: That the working conditions we accept for our fellow citizens should be reflected by our purchases, and that consumers should demand safety and reliability from the goods and services they buy.

Promoting a fair marketplace for workers and consumers was the reason for the League’s founding in 1899 and still guides us into our second century. 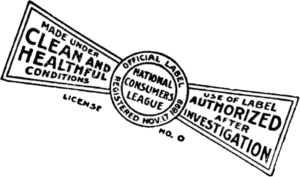 During the late 19th century’s Progressive Era, social justice movements emerged to protect the interests and promote justice for working people. As part of that movement, the National Consumers League was chartered in 1899 by two of America’s leading social reformers Jane Addams and Josephine Lowell. These two women were pioneers in achieving many social reforms in communities and workplaces across the country. Under the direction of its first general secretary, Florence Kelley, the National Consumer’s league exposed child labor and other scandalous working conditions. Kelley was to become one of the most influential and effective social reformers of the 20th century. During the early 1900s, she led the League in its efforts to:

Along with New Jersey Consumers League Director Katherine Wiley and Louis Brandeis (who later became a Supreme Court justice), Kelley achieved a lifetime’s worth of accomplishments in her 33 years as leader of the League. She worked alongside many other reform-minded women and men to achieve her goals and served as inspiration and mentor to FDR’s Secretary of Labor Frances Perkins, the first woman ever to serve in as a cabinet member and a close confidant and influential advisor to the FDR. 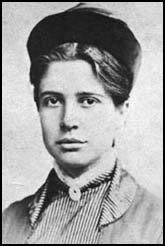 The leadership of the National Consumers League struggled to contend with Kelley’s death in 1932, facing the burden of maintaining the group’s vigor after losing its long-time leader. Lucy Randolph Mason directed the League for the next five years, and Mary Dublin (Keyserling) directed from 1938-1940. In 1939 Dr. Caroline Ware began advising Dublin regarding activities in Washington, D.C. under the administration of President Franklin Delano Roosevelt.

With first lady Eleanor Roosevelt serving as vice president of the League and testifying on behalf of the organization on numerous occasions, during this time the League focused on passage of the 1938 federal Fair Labor Standards Act. This comprehensive, landmark legislation addressed issues the NCL had raised since its inception including child labor, minimum wage, restrictions on hours worked, and industrial homework. Taking advantage of the expanding definition of social welfare as seen through the ideas of the Roosevelt administration, the League also advocated for:

From 1943-1958 Elizabeth Magee directed the NCL, transferring the group’s office to Cleveland, Ohio, her home. Magee placed new emphasis on:

During the 1970s and 80s, NCL Executive Director Sandra Willett (Jackson) increased attention to consumer education through the “Assertive Consumer” project. The League also promoted consumer participation in government decision-making, which helped open the doors of federal agencies to consumers and their views. During this period, such national figures as Esther Peterson served as vice president of the League. Peterson, a renowned labor and consumer leader, regularly testified on behalf of the League. Peterson became head of the White House Office of Consumer Affairs under President Jimmy Carter and had served as consumer advisor to Presidents Kennedy and Johnson before that. 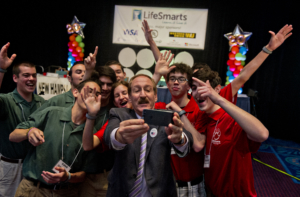 The 1980s saw significant changes develop in the nation’s health care system. Responding to the need to provide consumers with useful information about these changes, the League, under Barbara Warden’s leadership, organized a major Consumer Health Care Conference, launched a series of consumer health care guides, and established a Medicare education program. The League also:

Under the direction of Linda Golodner (1985 – 2007), the League expanded significantly, continuing to develop its consumer education programs and increase its activism in opposing exploitative child and sweatshop labor. In the late 80s, the group established both the Alliance Against Fraud in Telemarketing and the Child Labor Coalition. The Alliance led to the League’s long-term program, the National Fraud Information Center (later called NCL’s Fraud Center, now simply www.Fraud.org), established in 1992 to assist consumers directly with telemarketing fraud inquiries. Under Golodner, NCL took over the LifeSmarts program, the Ultimate Consumer Challenge, a fast, fun, gameshow-style Internet based consumer education competition for teens and tweens. (Complete information can be found at www.LifeSmarts.org.)

The 21st Century and Beyond

Under the leadership of Sally Greenberg, Executive Director (2007 – present), NCL is focused on four key priority areas: fraud, child labor, LifeSmarts, and health care reform, while continuing to promote a range of additional general protections for consumers and workers. NCL has been instrumental in uniting consumer and labor groups on issues of common interest and in leading the call on Congress and the President to adopt pro-consumer policies, including reinstating the Office of Consumer Affairs in the White House. 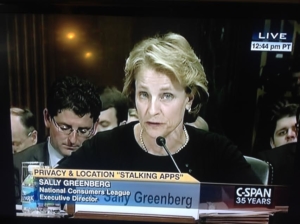 As the League enters its second century, it faces many of the same questions of social justice and consumer protection that Florence Kelley confronted in 1899, except now the marketplace is global in a way that neither Kelley nor her colleagues could have imagined. How do we eliminate child labor? How do we ensure food safety? What is a decent minimum wage for workers? How can privacy be effectively protected?

These questions and the new ones that will inevitably arise will challenge the National Consumers League in its next 100 years. We look forward to building the organization and meeting the challenges facing consumers and workers today.